I don’t know about you, but I absolutely loved the first two seasons of the Netflix series, The Crown.

If you too are a fan and intrigued about how similar the cast actually look compared to the real Royal Family, this is a great side by side comparison, pulled together by a UK newspaper.

There are 12 cast members shown in this article and number 10, The Duke of Windsor’s likeness is uncanny!

Overall, I think the whole cast did an amazing job. Not only in physical similarities, but also in pulling off the accents and nuances of each character.

Season 1 and 2 were well worth watching and now they’re over there’s lots of anticipation about the season 3!

Rumor control has it this will be late 2018…ooh, the wait! This means the season trailer probably won’t air until Autumn 2018.

This makes me think of the old phrase, “If it’s worth having, it’s worth waiting for” and that’s how I feel about it.

There is one confirmed cast change, that of Queen Elizabeth. Olivia Colman is a fantastic actress. I’ve seen her in many shows. Broadchurch, a UK detective show with David Tennant, was one of my most enjoyed series that she appeared in.

The other cast changes are unconfirmed. However this is is the best article I’ve found on the web about the latest public updates and speculation.

Well worth a read and I’m really looking forward to hearing who the full cast is, as and when it’s released.

My suggestion, grab a cup of tea, curl up in a comfortable chair and enjoy reading the article linked above. I’m not going to give any spoiler alerts in my post so that you can enjoy their article in full, it’s a goodie! 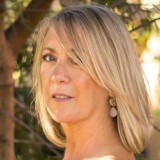